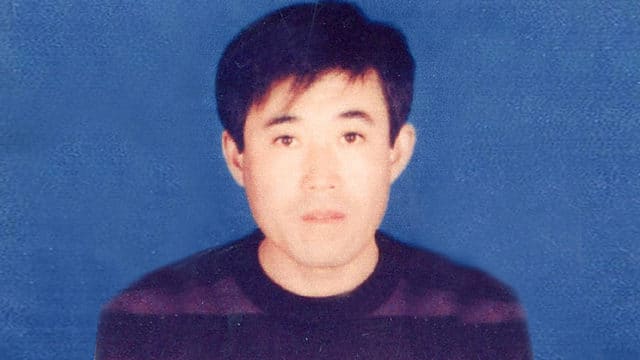 Mr. He Lifang, a Falun Gong practitioner from Jimo City in Shandong Province, died on July 2, 2019

Mr. He Lifang, a resident in Qingdao City, Shandong Province, died in custody on July 2, 2019, two months after his last arrest for refusing to renounce his faith in Falun Gong.

Mr. He’s family noticed a sewn-up incision on his chest and an open incision on his back. The police first claimed the incisions were a result of an autopsy before changing their story to say that a medical examiner would come shortly. No coroner ever showed up.

Mr. He’s loved ones suspect that his organs may have been harvested either while he was still alive or shortly after his death, and that’s the real reason for the incisions. They also suspect psychiatric abuse as he lost his speech and became unresponsive within just 17 days of his detention.

Mr. He’s passing marked an end to his years of suffering for his belief. The 45-year-old man was repeatedly arrested and tortured – he was once beaten by 17 inmates while in detention. His ID was canceled, and he was forced to stay away from home for 17 years to avoid further arrest.

The police deceived Mr. He into visiting them in the name of issuing him an ID card on May 5, 2019. He was arrested upon arrival and later subjected to force-feeding and possibly psychiatric abuse. His health declined and he was rushed to a hospital on June 30.

Over 200 police officers were dispatched between June 30 and July 3 to block local Falun Gong practitioners and Mr. He’s family members from getting close to the hospital.

Mr. He died on July 2, but his family wasn’t notified until the following day. They were pressured into agreeing to have his body cremated that same day. Over 30 officials plus four police vans were present to monitor the cremation process.

Forced to Stay Away from Home for 17 Years

Mr. He was a resident of Beian Community in Jimo District, Qingdao City. Because of practicing Falun Gong, he was harassed and detained by Beian police numerous times. His business also suffered; he and his family were discriminated against and taunted for his belief.

“My business was very successful when the persecution started in 1999. But because of the slanderous propaganda, many of my clients were misled and treated me like an enemy. One neighbor, who used to be friendly, swore at me and my family. Even children sometimes cursed at us because they too had been influenced by the slanderous propaganda,” wrote Mr. He in a criminal complaint filed against former Chinese Communist Party (CCP) leader Jiang Zemin for initiating the persecution of Falun Gong.

One time in 2001, he was beaten by 17 inmates at Jimo Detention Center and fell into a coma. The diagnosis indicated his brain had been deprived of both blood and oxygen. The doctors also found he suffered from multiple organ failures and said he was not worth rescuing.

Through the practice of Falun Gong, however, Mr. He survived upon being released. He fled his home when learning of the police’s plan to arrest him again. He spent the next 17 years going from place to place.

Officials from Jimo Political and Legal Affairs Committee (PLAC), Jimo 610 Office, and Beian Police Station canceled his residence registration (hukou) and suspended his ID card, leaving him unable to land a decent full-time job, which in China requires an ID.