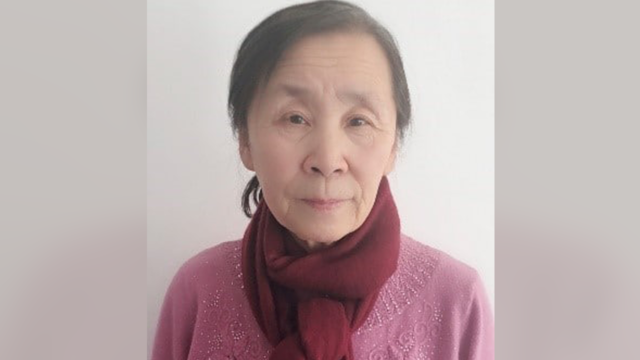 Brainwashing, forced labor and disproportionate cruelty for actions such as reading Falun Gong books in a private home are chronicled in a 69 year-old's personal account of persecution. Her story is representative of countless others.

Elderly, insolvent, widowed — none of these spared Ms. Zuo Xiuwen from abduction, brainwashing and torture at a woman’s prison in northeast China. Minghui.org recently obtained a leaked account of Ms. Zuo’s experiences learning Falun Gong and then being persecuted for it. Details from her story chronicle the government’s lawless efforts to eradicate Falun Gong. Her story is representative of tens of thousands if not millions of others in China.

My name is Zuo Xiuwen. I was born in July 1951. I live in Hengtoushan Town, Huachuan County, Jiamusi City.

I had a good marriage; my husband was always very kind to me. I took long term leave from my job, we moved to the countryside to raise pigs and we did well in our business, eventually opening up a restaurant as well.

But when my husband suddenly suffered a brain hemorrhage our lives changed, and the businesses failed.

Two months in the hospital ate up all of our savings. While he was still comatose I had no choice but to check him out of the hospital and care for him at home.

In my desperation a neighbor told me about Falun Dafa [and it’s healing efficacy]. I began reading Zhuan Falun, the main book for Falun Gong practice, to him. I gradually understood many principles in life and although he never recovered I decided to practice.

I recovered from all of my illnesses, including inadequate blood flow, inflammation of the gallbladder and heart disease. Although the ongoing persecution of Falun Dafa was severe, I was determined to practice: I had personally benefited and knew that Falun Dafa is good.

I went to a village with another practitioner to distribute calendars with Falun Daft-inspired artwork and messages. A village clerk reported us and police took us to the detention center.

I was released two weeks later but since then the police often harassed me at home, even jumping my fence to check on me during the night.

On December 13, 2010, while I was reading Falun Dafa books with three other practitioners, police from Huachuan Domestic Security Division, without a warrant, broke into and ransacked my home. They confiscated computer equipment and Dafa materials and  interrogated the four of us at the police department.

They transferred us to a detention center the next evening. We went on a hunger strike to protest. Inmates monitored us, always insulting and threatening. Police interrogated us every other day [in an attempt to find out more information about local practitioners]. But we refused to answer questions and they became angry.

During the detention they took 200 yuan from me and 1500 from my daughter when she visited me.

County officers brought us to a court for a trial. On the way we were put in heavy shackles and had hoods placed over our heads. During the trial the deputy prosecutor yelled at me for not renouncing Falun Dafa.

All four of us were sentenced: me to three-and-a-half years, a mother and daughter in her 40s to three and four years. The fourth practitioner was also sentenced and became paralyzed after being injected with an unknown substance.

I was transferred to Heilongjiang Province Women’s Prison on June 15, 2011. My luggage and belongings were searched and some clothes were thrown away.

I was put in a cell with 8 criminal inmates. They monitored me around the clock and did not allow me to have contact with anyone. I could only use the toilet when it was empty and no one was in the corridor. I had no freedom or anyone to talk to. I felt lonely and depressed, was mentally and physically tormented, and felt miserable every second.

For a period of time the inmates forced me to watch videos slandering Falun Dafa from 5 a.m. to 11 p.m. I had to sit on a small stool with my hands on my knees. If my eyes closed or adjusted my position they yelled at me.

Flesh on my bottom split open due to long-term sitting. The pain was excruciating.

The inmates took advantage of me. If I purchased items from the prison store they stole them. They took my food during meal times. Sometimes I wasn’t given time to eat.

The longterm torment made me unclear. One time I signed a letter of repentance that the prison had prepared for me. However, when I realized what I had signed I wrote a statement to void the previous one. Guards became furious and ordered the inmates to increase their watch over me, as many as four at a time. The mental and physical torment made me feel I was on the verge of collapse and couldn’t even breathe.

For a period of time I was forced to perform work every day, packing toothpicks and cotton balls. My health had deteriorated and I could only finish half of the daily quota.

Guards prevented practitioners from having contact with one another or from sharing written Falun Gong teachings. They searched us before and after work shifts, would randomly search us during work and would also frequently search our cells.

Many practitioners were still able to pass teachings between each other. Once I obtained a copy. I was elated but also petrified of being found out. I was able to read it that night under my bed cover.

One of the lead guards asked me why I did not apply for a term reduction. I told him that I had never committed a crime and was not a criminal. For this response I was transferred to a more strictly managed team, which involved daily brainwashing lessons and monitoring from five criminal inmates.

My mother, also a practitioner, had passed away in 2006 due to constant pressures and worries over my safety. When I was released in 2013 I returned to an empty home.

My refrigerator was in my front yard. Windows, doors, cabinets had all been pried open. And from bedding to cooking utensils all of my belongings were gone.